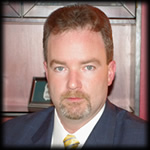 At Fitzsimmons & Mills, P.C., Robert handles all aspects of municipal law inclusive of environmental, land use and zoning as he is counsel and has been special counsel to many local municipalities within Columbia County. Other aspects of Robert’s practice include plaintiff’s and defendant’s civil litigation, including personal injury, contract and construction litigation. Robert also handles both commercial and residential real estate matters.

As the County Attorney, Robert represents the Board of Supervisors as well as all County Departments in all matters of legislation, defense and prosecution of litigation, contracts, acquisitions, and compliance with federal, state and local laws.